Does Sleep Apnea Cause Cancer? 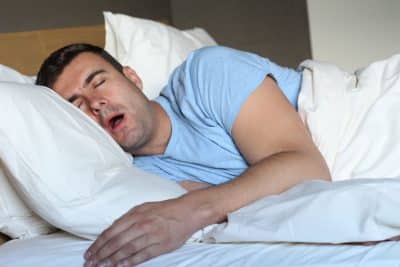 Sleep apnea affects your health in many ways. There are strong connections between sleep apnea and high blood pressure, heart disease, dementia, and more. However, there are some health risks where the connection with sleep apnea is not as strongly established by science.

Cancer is one of these conditions where the science isn’t fully resolved. We’re not entirely sure that sleep apnea increases cancer risk. According to some studies, sleep apnea is linked to higher cancer risk, but other studies show no increased risk. However, there are many mechanisms that could link sleep apnea to cancer. Plus, a recent meta-analysis demonstrates a powerful link between the two conditions.

It’s important to get a sleep apnea treatment that will work for you. If you’re looking for an alternative to CPAP in Columbus, OH, let sleep dentist Dr. Mike Firouzian at Firouzian Sleep Wellness help.

If scientific studies don’t agree on a question, how can we find out which is the right answer? One way is to design new studies. The new studies might be larger or might use different techniques to give a better answer. Another way is to do a meta-analysis.

In a meta-analysis, scientists take all the data from many studies, pool them together as if they were one large study, and see what answer it gives. Sometimes, the problem is just that none of the studies are big enough, and a larger sample size resolves the question easily.

In a large meta-analysis published this year in the journal Medicine, researchers randomly selected 22 studies out of the more than 1400 available in the literature. While this might seem like a small fraction of the total studies, it still gives a very large sample size: more than 32 million people are included in the analysis.

The study found that about 46% of people with cancer had sleep apnea. This is much higher than the normal sleep apnea risk among the general population (considered to be 25% or less).

In addition, the analysis showed that people with sleep apnea were about 1.5 times more likely to develop cancer than people without sleep apnea.

This is another good reason that people with sleep apnea in Columbus, OH, should make sure they have a sleep apnea treatment they will stick with to keep their apnea under control.

How Sleep Apnea Could Cause Cancer

However, it’s not enough to show simply that sleep apnea and cancer seem to occur together. This could be a coincidence, or both conditions might be due to a third condition.

The two main direct effects of sleep apnea are interrupted sleep and regular reduction of oxygen saturation. These cause other changes in the body that increase cancer risk, such as:

We’ll explain some of these effects below to help you understand how they lead to increased cancer risk.

Cancer occurs when some cells in the body mutate. These cells stop trying to work together and become rogue cells that try to promote themselves at the expense of your health.

Mutations cause this change.

With sleep apnea, mutations become more common, and the body also has more difficulty accurately transcribing DNA when making new cells. This is, essentially, another source of mutations.

When your breathing stops because of sleep apnea, your body experiences an oxygen shortage. Oxygen shortage creates a chemical imbalance that leads to the creation of what are known as reactive oxygen species. These are unstable and attack the cells of your body. This attack creates what is known as oxidative stress, which increases the risk that cancer cells will develop and grow.

You’ve probably noticed the swelling around a cut on your hand. This is inflammation, and it’s a sign that your immune system is working. Local inflammation in response to a wound is normal and healthy.

However, when your body is faced with nonspecific stresses, the immune system can respond in unhealthy ways. This includes causing inflammation throughout the body. You might not notice swelling–the effects are happening at the cellular level, with hormones and signal proteins that can lead to DNA damage, mutations, and the creation of cancer cells.

Cancer is aggressive and demands disproportionate resources from the rest of the body. It needs new blood vessels in order to supply the outsized appetite of tumors. VEGF is a signal protein that encourages the growth of new blood vessels. It helps tumors grow faster.

These irregular activations stimulate the release of inflammatory signals and proteins like VEGF that then spur the growth of tumors.

Combining the statistical analysis with our understanding of the way sleep apnea affects the body, it seems likely that sleep apnea can cause–or at least contribute to–cancer. This is another reason why it’s important to get a sleep apnea treatment you can and will use. If you’re in Columbus, OH, and are looking for a CPAP alternative, let us help. Columbus, OH, sleep dentist Dr. Mike Firouzian can help you at all stages of your sleep apnea treatment. We can help you get a home sleep test, start oral appliance therapy, or make sure your appliance is giving you the treatment you need.

Please call (614) 683-4640 or use our online form to request an appointment with Dr. Firouzian at Firouzian Dentistry, located in the Crossroads neighborhood of Columbus.